NEW YORK CITY — On a sunny spring afternoon the Bedford-Stuyvesant neighborhood of Brooklyn is buzzing. Kids pour out of PS 262 El Hajj Malik El Shabazz Elementary and Middle School, running past a vegetable garden named for Malcolm X where the greenery is just starting to come back after a long, cold winter.

The neighboring brownstone-lined streets set the stage for the rapid changes taking place in Bedford-Stuyvesant. Rental prices for commercial properties here can go up to $50 per square foot, and a one-bedroom condo can cost up to $1 million. What some see as a resurgence others call gentrification. The reality lies somewhere in between.

At 277 Malcolm X Boulevard, home of Juices for Life, David “Styles P” Styles, member of hip-hop group The Lox, holds the door open for a woman pushing a baby stroller and towing a toddler along with her free hand.

“Welcome,” he says. “How you doin’ today?” The woman cruises by Styles and finds a quiet spot on the couch to feed the baby as “Night and Day” by Al B. Sure fills the store. It’s fine with Styles that a tired mom doesn’t buy any juice.

“When you’re from the neighborhood, we want you to feel like you can come in and just be,” he said. “Yes, the area is gentrifying but you have to keep the culture while also making everyone feel welcome.”

Styles and his wife Adjua, along with several big-name partners from the hip-hop world, are partners in Juices For Life, a juice bar with a mission to raise health consciousness in underserved communities while building a lifestyle brand. The team takes its slogan, “Love is love,” seriously.

Styles opened the first Juices For Life with fellow hip-hop artists Jadakiss and Juice Lee in the Yonkers, New York, neighborhood where they grew up. Styles remembers surviving on fast food as a kid, and also first hearing about health consciousness in early hip-hop lyrics.

“Early hip-hop lyrics were inspirational for me—acts like KRS-One, Public Enemy, Rakim—they talked about not eating pork and other things,” he said. While Styles referenced the cultural and religious trends of some rappers not eating pork, he also touched on larger food access issues. The hip-hop community now has “concerns about our food system, mass production and even gentrification impacting the food in communities.”

When he was 12, Styles stopped eating pork. A decade later he watched from his tour bus as the American landscape, dotted with millions of cows, rushed by. He never ate red meat again. For the past several years, Styles has committed himself to a completely plant-based diet, a lifestyle that he said makes him feel “balanced and alive.”

Styles sees himself as a new kind of urban entrepreneur, existing within the larger movement of health entrepreneurs. The decision to start a chain of healthy juice stores in low-income neighborhoods was long in the making. In his early 20s, Styles used to frequent a juice bar on 125th Street in Harlem.

“It was like ‘Cheers’—you could go in and have a juice with your dudes and talk about life,” he said. “I think it’s a Dunkin’ Donuts now.”

His love of the Harlem juice bar eventually inspired Styles to do something about the issue of access and food justice in urban communities. The U.S. Department of Agriculture estimates that nearly 23.5 million Americans live in food deserts. More than half of those are poor, and many live in cities.1 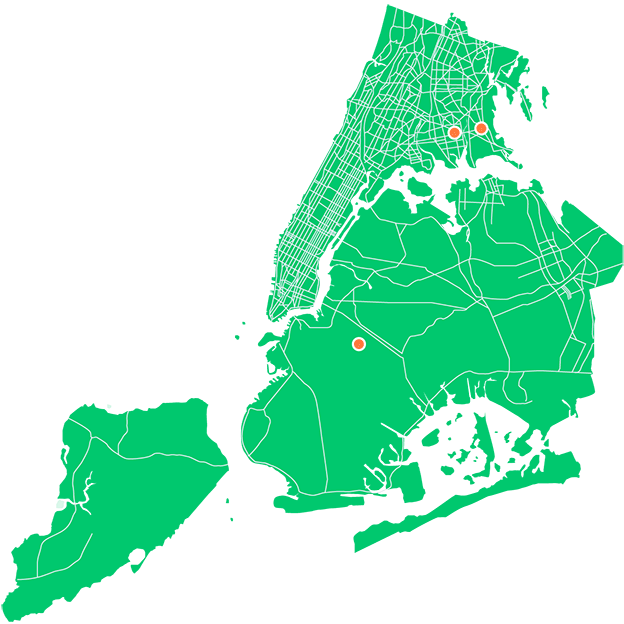 According to the USDA, New York City does not have neighborhoods that technically qualify as food deserts, with residents more than one mile from a supermarket in an urban setting. As Styles notes, however, there is a shortage of healthy and affordable food options, particularly owned by a “young black couple raising a family” who provide food education and employment opportunities in their community. The flagship Juices For Life location was built in Yonkers, New York, where Styles grew up, and two additional locations were built in the Bronx and Brooklyn. Economic Research Service (ERS), U.S. Department of Agriculture (USDA). Food Access Research Atlas.

Styles was also inspired by Adjua, whom he met 22 years ago in a Manhattan recording studio called Daddy’s House run by Sean “Diddy” Combs. Adjua was working with female hip-hop artist Foxy Brown, and Styles was recording with The Lox. The couple bonded over a focus on health. They married 11 years ago, and the business is a family affair. Their son Noah recently began working at the Brooklyn Juices for Life location.

“We’re a young black couple raising a family,” Styles said. “And we hope that inspires people. Food and family is a common denominator.”

Since opening the first Juices for Life, Styles and his partners have expanded the business with two locations in the Bronx and their latest in Brooklyn. The 1,100-square-foot Brooklyn space, with seating for up to 18, is cozy and inviting like a brownstone living room, with chandeliers, tin ceilings and exposed brick. Styles has plans to expand to several more locations over the next few years. Challenges have included fluctuating fruit prices and rising real estate costs.

Malcolm X Boulevard, formerly known as Reid Avenue, is layered with history. Drugs had a hold on the neighborhood in the 1980s and 1990s, and many buildings were vacant. Rap artists in that era immortalized Bedford-Stuyvesant, the birthplace of several of hip-hop’s native sons including Biggie Smalls and Fab 5 Freddy. Long-standing businesses catered to local residents and persevered through tough times.

Today, new businesses—from clothing stores to barbershops to pizza restaurants—seem to sprout up on a weekly basis. According to local media, a host of new businesses are moving into the Malcolm X corridor in the coming months.

Juices for Life prices its smoothies and juices—using ingredients like kale, sea moss, spinach, pears and even tree bark—at about $5 to keep them affordable for locals, some of whom Styles hopes become employees. He wants his juice bars to be places where customers can learn about food issues including the role nutrition plays in combating diseases such as diabetes and sickle cell anemia, two illnesses that disproportionately affect the African-American community.

“You always hear about health secrets,” Styles said. “There shouldn’t be any health secrets. We’re all about sharing information.”

He said he wants to address high rates of obesity and heart disease in urban communities.

“We care about this place,” he said. “It’s often an issue of education and access. I wake up every day and make sure I remember who I’m doing this for.”

This belief in information sharing and self-empowerment through entrepreneurialism is at the core of Styles’ business outlook. It also happens to be a foundational belief of hip-hop. Styles hopes his role as a health advocate can combat what he says is a misconception that eating healthy can be elitist.

“It’s something to be proud of,” he said. “Eating healthy and taking care of yourself is fly. As times changed, people change, you evolve and you learn about taking care of the body.”